Separate Stereo Outputs from my Audio Interface, How?

I want to send my stereo output to more places than my studio speakers, since I will try streaming on a separate computer. But how do I get the stereo output sent to multiple locations at the same time?

I only have one pair of stereo outputs on my audio interface. If I get a new interface, can I simply mimic the master stereo output on any other output ports?

Or should I go with a stereo splitter box?

Any advice is welcome!

I have 2 outputs for headphones which I use on my RME Babyface.

I tried using the headphone output for this, but it’s not nearly as high gain as signal out, so I really need 2 dedicated balanced stereo outputs.

If I get a new audio interface that has separate outputs (as addition to the master outputs), is it easy to just route the same audio as “stereo out” to line outputs 1 and 2?

@olofson David, since you have been researching interfaces, do you know if this “free routing” option applies to any interface with several outputs?

There are generally no routing possibilities at all unless there’s some sort of DSP mixer on the interface. You just get multiple “independent” (synchronized) devices, or a device with more than two channels, depending on driver and API.

From a technical point of view, routing has the same issues as proper mixing, and can’t be done without explicit hardware support, as doing it in the driver would add latency, and/or increase the risk of glitches.

Just routing one stream to multiple channels should be safe, though (just have the driver write the data to multiple buffers), but I haven’t seen anything like that supported outside of ALSA/Linux. Definitely possible to do on any OS, but that would be entirely driver dependent.

The safest bet without hardware support would be to do it in the DAW (provided the audio comes from that one DAW), since that shouldn’t add latency or anything. You just need the ability to route the audio to multiple channels/busses/whatever, that you can then assign to the desired interface outputs. Definitely possible in Pro Tools and Cubase, and I would expect most other DAWs to be able to do it as well, one way or another.

I don’t want to send only the DAWs audio, but the actual stereo output from the OS. As I might for example go into SoundCloud in my streams and want that audio in the stream. In this case Core Audio in Mac. So basically I just want to split the main stereo output on the audio interface itself.

So the same audio I send to my studio speakers, that is the audio I want to send to my 2nd computer with line signal.

I see… Well, that might be a problem, unless Core Audio can do it natively. It would be fine with JACK, as it allows you to route audio freely between all interfaces and applications (which actually relies on Linux/lowlatency providing more stable low latency performance), but on Windows, your only safe low latency option for doing that is through hardware support in the interface. I don’t know what Core Audio has to offer in that regard.

You don’t have a hardware mixer with buses or multiple monitor mixes or something, that could allow you to just send the stereo out to multiple places? 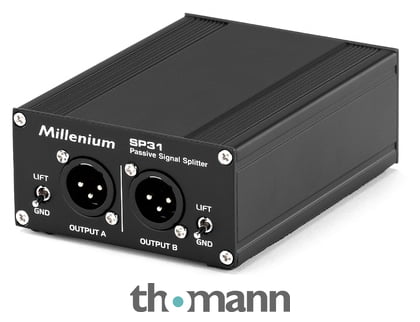 
Shouldn’t be a problem, as long as you don’t have unusually “weak” (high impedance) outputs and/or low impedance inputs. Passive is nice in that there simply aren’t any amplifiers that could introduce extra noise.
1 Like
Seven_Tears (Michael) June 25, 2020, 10:57am #7

What about using a second soundcard in your computer? Then you have 2x2 channels. Or you can use 2x Front or 2x Rear if you have a 5.1 soundcard + driver.

Yes I practically want to send the EXACT same signal I send out to my studio speakers, but separately into my streaming PC. That signal splitter seems like one way that seems the easiest to be honest. But what differs that one (except that this only one channel, right?), from this rack mountable one: 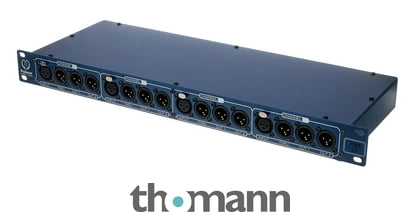 Thats very expensive. How do you grab out the signal from your computer? It should be a 3,5mm port right?
With XLR port, there are some at amazon too: 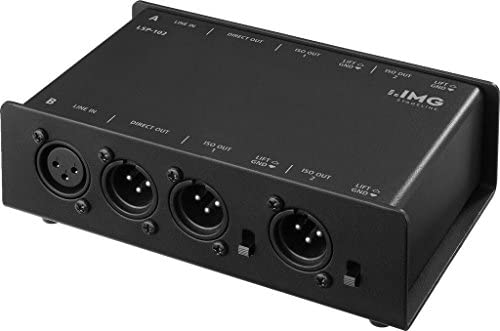 But what about the quality? Will it lose if you use cheap equipment?

No I don’t use my computers audio output, I have a separate external audio interface which then goes into my studio speakers with line cables. I want to send that exact stereo output both to my speakers plus to another computer for streaming. I tried a headphone splitter but got added noise from it.

Yeah then you will need some hardware. As i am more focused on software i’d rather do it within my computer with another interface maybe.
I think you can have more than one (stereo) output channel in the daw, right?

The point is that I don’t want my main computer to do any work at all, that’s the reason I will stream with another computer. I know how to send out a “copy” of my screen by HDMI video. But I don’t know how to send a copy of my audio, since my audio interface only have one stereo output.

What audio interface do you have Mikael? I know the bigger interfaces have extra assignable ins and outs. My 18i20 routes 5 stereo outs through its software. This can be useful for sending your audio output to dofferent sources as you want, or routing external inputs to your DAW tracks.

Propellerhead Balance (from my Reason days). Due for an upgrade soon though, so if choosing the right one can solve this problem I would be happy. Can you on your interface send the exact same signal to several outputs? And can you do it from the OS itself, not only in Logic?

You know with computer screens, I can go into the OS and select another screen I have connected, and then put that on “duplicate”. Meaning the two screens will show the exact same thing.

That is what I want, but for the master stereo output!

Hey I think I figured it out now!

I read the Focusrite specs, and there is a switch that you can use to send 3/4 out to separate studio speakers instead of 1/2. This means that instead of connecting 3/4 to another pair of studio monitors, I simply take those to line inputs on my streaming PC. Since when I live stream I won’t use my main studio monitors anyway!

Let me know if I make sense here or if I am dizzy from the heat wave here in Sweden currently!

Last days it’s been 30-31 degrees Celsius outside in the shadow. My studio is tiny like closet: 2x3 meters with lots of electronics.

The air is so thick in here you can nearly swim in it!

For the record, I have no problem with heat outside. But working inside in this heat without AC and with high humidity, well your head goes zombie quit fast!

How are the audio interfaces connected to the pc or mac? Usb?

I figured out how to do it, see my reply to Geoff above!

Yes i saw, i was just intrested in how the sound comes out of the computer before it gets split…