My Creative Vision: I though about composing music for space adventures without using synths. The feeling you evoque is more important than the instruments you use.
I faced this challenge as an opportunity to learn about many different things:

All those were the things i’ve been looking after, in this creation.

Composition Overview :
To put into practice the atonal system, I have created a “notes table” to easily move through the chords. Following some rules you keep inside the atonal progression.
The structure is something like AABC. The sound in general tries to be quite surrounding. It begins from soft to strong adding intensity in the AA part. In B a main melody starts and evolves with second voices bringing spicatto arpeggios. The C part is like an echo with increasing harmony complexity.

An extraterrestrial song, after all.

I hope you enjoy it. 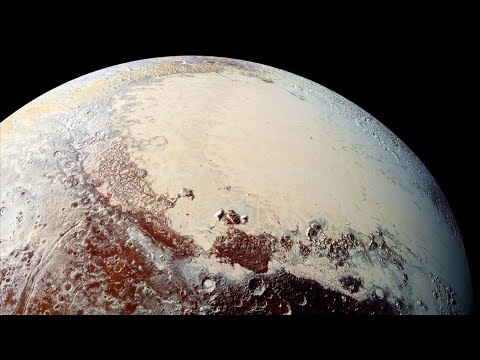 Very beautiful. It certainly gives the feeling of the vastness and wonder of outer space.

Bravo @VSHDEL you always have what I don´t: Interesting chord progression. The chords and the feeling of the track especially in context to the pictures are superb. As you know I can´t say so much about the mixing since I´m not that skilled in that.
Thanks.

Great idea !!
without synth but with strings only, you have created the right atmosphere.
I think you could be a little more daring with reverbs on the staccato strings.

I’ll start out with a few observations and ideas.

To my ears, the mix is a bit heavy on the mids, and it feels like the instrument placement is wider than the actual reverb. When I want things really wide, I sometimes place delay and reverb on a separate channel/bus, so I can widen the space, while keeping the dry sound focused.

As for the arrangement, I find the spiccatos a bit jarring and out of place in some parts, probably because they’re played with a more “up-tempo” feel. It might just be that they’re a bit too loud in relation to the rest of the arrangement.

Random idea: If I played this on real (or modeled) instruments, I’d probably try to precede the first in each group of spiccato strokes with a subtle lead-in, for something a bit like a reverse pizz effect (no idea if there’s an actual name for that articulation!), to make the aggressive spiccato part feel less jarring. One could probably do that with samples by layering a brief swell before each spiccato stroke.

Either way, all in all, it’s a great piece with an amazing chord progression and beautiful colors, and the intro part is absolutely magical!

I thank you very much. I will continue practicing with the 3d space for positioning the different sections using convolution reverbs and all that. Your tips are really appreciated. Articulations are the hardest thing for me. I keep on the fight. Thanks again.

Love it Vicente! You always bring such creative ideas and interesting harmonies. I thought you had the right tone and feel for your creative vision, though the mixed felt a little flat and “boxed in” But a mixing genius I am not

Overall I can hear your progression and improvement and in such a short time! Hopefully I can get better with the same speed!

Thanks Matt. I feel my progression in techniques and workflow. Too many plugins and topics to be researched…

The journey is very enjoyable in itself. I take these strange times like a real chance to restart my proffesional carreer. Everyday i feel closer to the moment i feel ready.