Please, give me feedback for a new mix

Hi all,
I’m trying to get into audiojungle with my music, but when I upload the track, they rejected for quality.
I made a new mix, could you give me any suggestions on what to correct and if could be accepted?

In the soundcloud channel you can find the version before.

Speaking in general, to me this kind of track could be easily published on AudioJungle but I think it has a prominent problem in the low frequencies, where the bass rumbles from start to end.
I’m listening the song with a good pair of headphones and that pushy and rumbling bass get my ears tired in less than a minute.

So I think at least the first step should be working with EQ on the bass to avoid that “spreading” effect and improve your track quality.

I re-check the low frequencies to remove the rumble problem.

Great! Let us know if you succeed with AudioJungle

Thanks to all those who want to give me returns.

That’s much better to me, the bass doesn’t rumble anymore and everything is more balanced.

Maybe now I feel the bass is even a little too weak, or maybe a little too mechanic and repetitive, I don’t know exactly, but that’s personal taste. Anyway, if that’s a track that will be used as the usual musical score from AudioJungle - like a promo/corporate video or something similar - an unobtrusive bass track could be ok

I uploaded on Pond5 without problem … the require less quality, probabily.

The problem is to understand what they intend with “quality standard”, that’s rather vague.

Are they referring to the pure musical quality (composition, arrangement,…), maybe to the patches quality or to some specific production issue like mixing, mastering, overall volume, and so on?

Here’s another forum thread by a composer having your same problem with AudioJungle, maybe it could help you: 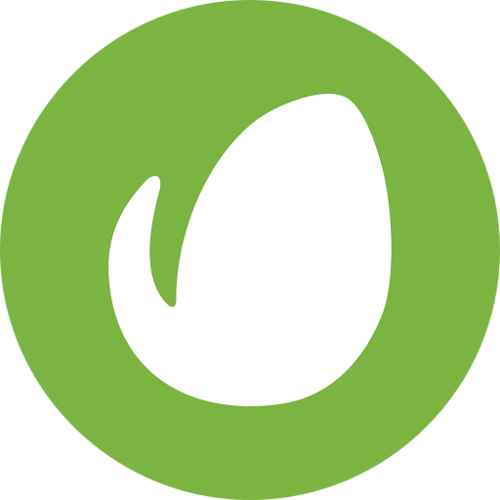 This item does not meet the general commercial quality... etc

Just as I expected, this topic has been discussed many times before, as from what I understand, AudioJungle is extremely fussy about what it will and will not publish. For instance, there’s one fella - whose name I don’t have to hand right now - who...

Hey man. I’ll be very honest with this because I feel you need it.

There’s actually nothing wrong with the music or track. That’s my initial point of contact when listening… other than the main melodic instrument being slightly loud.

There are many things I’d say that make this in-syncable.

The first and biggest issue is simply that this style is extremely dated, even for audio jungle. Even an entry library like AJ wouldn’t take this on because music like this, and of this quality was going out of date by the late 90s. Here’s a few reasons why I say this.

I’m really sorry that I’ve been so blunt with this, I just don’t want you wasting your time.

I also don’t want you wasting your time with audio jungle. Try approaching guargantuan after you’ve created music that they want to bring on board. Do this by studying their music catalogue.

To speak honestly there are 100s of things that could be fixed, improved, blah-blah-blah. But at the end of the day, you need to understand that it’s not only up to you why your music is not taken somewhere. There are so many little chaotic things happening that you just CAN’T control. So don’t pay attention to, that a library didn’t take your music, because what I hear in your music is that it could be easily played in a commercial that would, later on, pay you tens of thousands of dollars for that.

Yes, the mix is weak. Yes, the sounds are poor. Yes, it’s hard when someone you don’t know tells you that. But the most important thing for you is not taking it too personal, instead, taking a reference track that you try to imitate and if you are not “death”, you try to get the same sound. That can’t be taught in a course or even here with some words and sentences. The “death” sentence sounded a little bit weird, but I just don’t know how to explain it in a better way

I hope you still understand.

Believe me, I heard some very similar music, like yours, and I think many of us as well, in some commercials that generate thousands of dollars in revenue. So it doesn’t need to stop you asking yourself too many questions…why, why, why…try to put your track in other libraries. Audiosparx is another option. They love this kind of music that you do. Try it. If that doesn’t work, then approach another library. And then another, until you get a response that is positive. Again, it’s not only up to you…it’s often a combination of many, many little things that you can’t understand.

Just one example: One A&R didn’t respond because he had a fight with his wife the morning before. So out of 100 tracks that were sent to him, he just said: “Sorry, everything is crap! I have a BAD day!”

It’s just fictional, but again, people are on the other side and they have a reason why. It’s not only quality or sync-ability. @Geoffers I agree that the chances are bigger to get a potential sync, BUT let’s be honest…how many Youtube commercials from big brands have you seen with just ending the track by a “fade-out”…my guess…90%!!!

The last advice I would give to you is by learning more about how to mix…how can you make your amazing music sound clear, balanced, emotional, focused, etc…you can’t learn it overnight…but with time and effort you will get better and understand more.

PS: If you want coaching and you are able to invest, we can talk in private. I have a coaching program that is exactly about your case. You can apply for a course too. But it will take you much longer with maybe not the result you want. Oh, no, have I just advertised myself? A no-go. Buh. Is advertising even allowed here?

No, but seriously, joked to the side, there were already some people asking, and I can talk for hours what you can do to improve your sound, but I don’t have the time physically to write all of it AND it will not help you as I want to…as you will be overwhelmed.

I think that @Geoffers already said the important things…clarity, instrumentation, sound choice (library), no breaks, you don’t use automation (dynamics), stereo-field, balance… BUT I like the musical idea definitely. It really has a lot of potentials if made the way most publishers want it.

To your success,
Alexey

My tip if you want to have music in the jungle.
Download 3-5 of the new accepted ( not older than a month or so) items in the same category as you uploaded your item to and use them as reference for what they want and accept right now.

Thank you all for your corrections, I appreciate them very much !!!

With this song I tried to make music similar to the ones I often hear on AudioJungle, but maybe I got the best selling ones, but also the most dated ones, so the suggestion to listen to the most recent ones I will definitely follow.
This is not really my kind of music, so maybe I made it too simple and repetitive, but reading the suggestions on the audiojungle forums they say that it is not too fancy because the music they want will be in the background of videos where maybe someone else will add a voice over it, so it shouldn’t be distracting.

The libraries I currently use are Spitfireaudio EPIC and INTIMATE for string, woodwinds and brass (obviously only the strings are used in this track), for the piano I have a Kaway CA67 digital piano and I use the sound of this, recording the midi live; for the drums at the moment I use the SSD 5.5 and for synths I use the sounds of the korg M1 which I have always loved … used for the vibe sound (maybe this is the sound a bit dated), I also have h-ue tyrell n6 and FullBucket FB3300 that I’m learning to program.

For learning mix, I am following various online courses on YouTube, the problem of masking the instruments I tried to pay attention to, maybe it is not enough what I have done.

Now I am working on the composition for the contest for the end of the month and in this music I will try to pay much more attention to the balance of the sounds and the masking, for the sounds at the moment I can not cover others, I am waiting for the back friday to get the Spitfire BBCSO core and maybe even valid monitors, I’m thinking about the Yamaha HS5.

Thank you all for your availability and for all the information you have given me.

I wish you all the best with your future tracks. I would definitely say that the libraries you have will cut it but from experience with them id say you need to do a LOT of work shaping them.

When you are able to invest I suggest getting some elements from orchestral tools inspire series. It’s affordable and they work really well in the mix.

I would love to hear you track when it’s finished so please let me know when you are done. I’m not goi g to advertise my services, just here as a friendly face. All the best man

forgot to mention before…

Here is a free e-book for people like you: https://mailchi.mp/243ca47a7785/provenmusicproductionguide

Or if you don’t want to read, but listen to my voice, then you can get the audiobook here incl. the PDF: https://www.buymeacoffee.com/l/aprovenguide

You will be automatically subscribed to my email list, as here and there I’ll send some information and online-training from my YouTube channel. The guide is structured in a way that you know exactly where you are and what you need to pay attention to.

The e-book is free, the audiobook is around 5€, depending on where you live.

Hi @Geoffers,
soundtrack submitted for the contest !!
I try to make more attention to the masking issue and to the layering libraries … og course the VST are there … at the monet I have no others

Hey man I’ll check it out

if I have any feedback I’ll inbox you ok