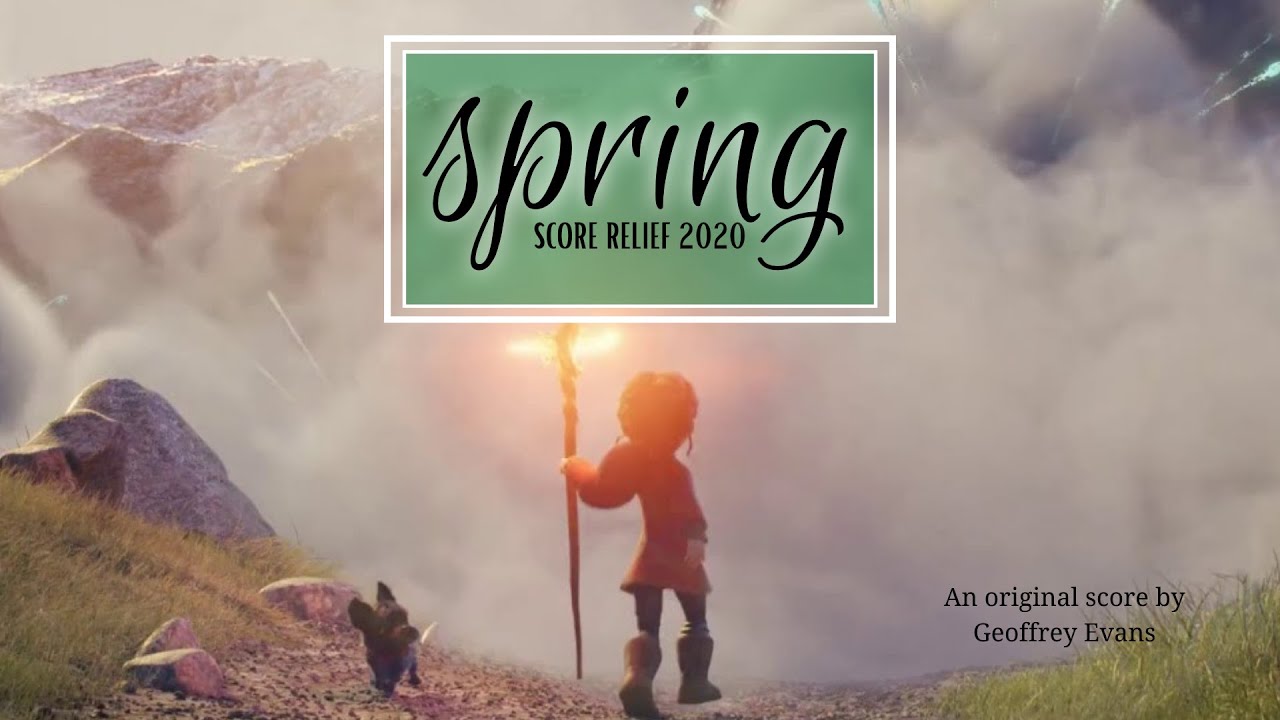 Here’s my entry to this awesome competition.

Multiple genres in this because it’s cinematic, but I’ll give you the rundown. Starts with underscore and opening of the magical winter theme, moves into underscore, John Powell type theme enters with the excitement of the change, then some more underscore which incorporates the first theme and hints at the last theme (the summer theme). We then move onto the “super dog theme”, which is a fanfare type cue which I felt depicted the excitement of the dog who was simply chasing a bone. More underscore that hints to Bb and finally lands in Bb major. Finally the texture switches from being heavily polyphonic to somewhat homophonic, and then moves into polyphony again at the end.

Harmonically we move through 3 keys in this track, D major, D minor and BBCSO major (I joke, it’s Bb). There’s also elements of Gb and Ab which were taken from both the Lydian and frigian modes.

Tempo varies throughout and occasionally I change to 3/4 for a bar so that sync points line up.

In terms of sync points, I chose the ones I felt were most important and for the music around them, so’s not to Mickey Mouse too much (which is where your hit every sync point).

Thematic development - as there’s only 3 minutes of music on here I tried to use the connecting music to solidify all themes. Even the last theme is hinted towards just before the fanfare chase scene. The first theme is based on the Phrygian scale which includes a b6 (Bb). The second theme uses borrowed chords and includes the modes I included earlier and the last theme is Bb Major, plain and simple, but because the harmony is so complex and interesting beforehand it’s a nice change for a straight Major theme to come into ear.

Finally, I just want to say how much Fun it was to write this. I don’t get a chance too often to work on a project like this so I very much enjoyed writing for it! Would love to hear your thoughts.

Thank you so much for watching/listening… and thank you for reading my inner ramblings.

doesn’t sound like you’re entering a competition sounds like you’re the official composer for this project. im guessing all the sound effects and design were given to you. you got the right genre and theme for it , its not distracting from the scenes and has great pace.

Hey Carl, thank you so much! Yeah the foly was part of the piece. Really glad you liked it and I’m very happy it wasn’t distracting, that is always my main goal when writing to film. I’m just here to reinforce the scene!

This one was interesting as you actually ad to write around the diagetic music (notes) within the foly track. It adds an extra element of difficulty to the scoring.

Wait, how did I miss this?? That was great Geoff! Like Carl said, it sounded like you were the actual composer for this–it all fit nicely. Haven’t tried my hand at composing to video yet (just upgraded to Studio One Pro, so have that ability now) though this seems like an incredibly difficult task, so kudos!

Yeah it was definitely a bit more of a challenge than your typical cue, but I guess that was the intention. Really honoured you guys think so highly of this. It’s a funny thing when you make something andcthink “yeah I think I did ok on this” but you don’t really know if your feelings translate. So this affirmation is so appreciated! Thank you man

Definitely try this out though it’s so much fun! If you can’t get hold of the video inbox me and I’ll send it you