Magic of the Purple Woods

I guess it’s time to assess the damage and move on. Not my most productive month, but at least I got up to speed with spatial mixing, and modeled instruments, and even made a bit of progress on actually playing the latter. I still consider it all rather experimental, and not terribly efficient, but there are certainly expressive possibilities you’d otherwise only have with real instruments.

However, I managed to come up with two mostly finished pieces, and a soundscape of sorts, for my NaSoAlMo 2020 album, “Dave Learns to Jazz”. And one of those pieces is this one; Magic of the Purple Woods. Thus, the somewhat unorthodox choice of style for this context.

The basic idea behind this piece was to fuse some magical Swedish folk with ambient jazz (not exactly unheard of around here; I’ve engineered and edited some material like that in the past), to create some of the textures and feel I would normally have gone for here, while not straying too far from the jazz genre.

Can’t really elaborate on the music theory behind it all, as I just played by ear, as usual.

It’s really rather simple for the most part; two alternating chords, with another two chords concluding each section - except for the break near the end, which is kind of a placeholder with just the piano and clavichord responses.

The forest gnomes throw on their shades and chillax!

RadaJazzt the Brown throwing a gig in the forest 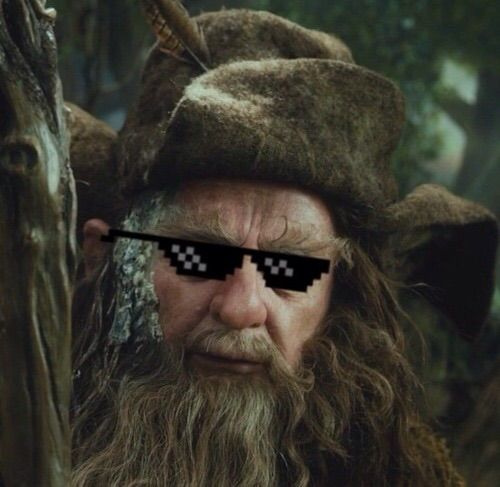 I’m not sure if it really floats my goat but kudos for this really interesting approach to the topic.

You had me at “soprano sax”. Nice vibes. What inspired you to go with such a laid back tempo?

The tempo seemed like a natural choice for my initial idea of a meditative background score for a mostly downtempo game, or a lobby area or something. I think keeping it really slow allows for more interesting and expressive melodies and arrangements, without it becoming overwhelming and distracting when used as background music.

Nice piece but to me jazz has forward motion, a lot of swing, hip harmonies with quartal chords, chromatic approaches, exotic scales and exudes cool, hipness and extreme knowledge of the blues. I am familiar with Eberhard Weber, Jan Garbarek, Terje Rypdal (awesome guitarist) and a lot of the stuff Ralph Towner did on ECM with these guys. Scandinavian jazz players are some of the coolest, hippest and most creative people on the planet. I would have tapped into that. Your jazz seemed to hint at the swing era though. There are a whole lot of jazz techniques to learn, sequencing, side slipping, improvising using various pentatonic scales and using the upper partials. I have listened a bit to Ambient Jazz on Spotify but what really impresses me is Jazztronica. Maybe you could list some of your influences so we can figure this out more. Sonically this is extremely impressive, a very fun listen but I think I am not getting the jazz element maybe because I am unfamiliar with the source of your inspiration. Thanks for submitting, you have some great skills. Also, I did not find it unorthodox, I thought it fit extremely well into the competition and was very refreshing. I would not be surprised to see you get a lot of votes with this one.

Great David. This barcarolle swing is very enveloping and some passages provide a feeling of fantasy. Great winds. All well finished and played.
I’m not sure if it’s my “best match” song for the initial purpose, but it’s a wonderful piece. You never disappoint.
MAESTRO

Indeed, a lot to research there! Thanks for the suggestions. I think I’ll need another few years, rather than the few weeks I had for this projects, as I have basically zero background in any sort of jazz. And indeed; so far, I’ve been leaning more towards swing, and earlier, I’ve fumbled a bit with light music, which might have influenced things here a bit as well. Either way, I was holding back on those influences as well here, as it just didn’t seem fit with the non-distracting background music concept I had in mind - but that might just be because my vocabulary in these styles is still extremely limited.

Also, thanks for dropping the barcarolle hint! It’s definitely an influence in my writing - but I wasn’t aware of the style as such. I recognize the influences from it in some of the pieces I stumbled upon in my brief opera studies, and romantic period classical in general.

This sounds great! Love the modeled instruments. At first this didn’t strike me as “fantasy.” But when the clarinet came in with its melody it reminded me of the movie “Hugo” which is totally not my first thought when I think of a fantasy, but yet it very much is a fantasy.