Hello all, thought I would share a track I once done. I composed it back in December 2019.

For some time I have been doing these exercises where I try to score an image/ visual. I would give myself short deadlines to try and come up with a sonic world that could fit. Doing so I’ve done a few images that resemble dystopian, cuberpunk future. Being completely honest, I am a massive fan boy when it comes to that stuff. My dream one day would be to work on a project that is set in that world. Like Blade Runner for example. Going back to my point. I found this visual of a deserted wasteland. It gave me the dystopian and uneasy vibe. But I decided to give it some soul, human element. Instead of me going for the synths straight away, decision was made to tell a story about this place. I imagined that in the passed the wasteland was prob a very beautiful place filled with nature and beauty. Until it was gone caused by war and destruction. So my plan was to take the listener back and then slowly getting him back to the present to what has happened. You could say it’s mother natures cry for help.

I have created this drone from piano sustain. Basically hitting the same chord on multiple octaves and then holding down the sustain. It was a logic stock piano. There was prob a glitch or something that the decay never died down as long as I was holding the sustain down, I could still hear it. So I amplified that noise with some gain and a compressor. and recorded the decay in. Then resampled it. That’s mainly what plays in the beginning. I wanted to start out the peace with no electronic elements, but a piano. I kept hearing Clair de lune by Debussy. Realizing the piano part would have to sound a bit like Debussy in the beginning at least. Prob for me the most challenging piano part I had to program in. I’m not a really good player and I wasn’t sure if I’ll be able to get even a tinny bit of something that resembles Debussy. I started to analyze the peace and take that to the way I approached the piano. Later on I introduce the pulse 6/8 time signature rhythm where I play the main melody. Then slowly I would start to add strings and synths. I took a logic stock electric piano and put an arpeggiator plugin plus some compression and reverb playing one note that acts as a pulse/drone. as I was still writing the track not sure how it will all go and turn out at the end. I knew the main melody that was played on piano would have to reappear again, but unlike the beginning where it’s on the piano that resembles the passed. The present needed to sound more grand and more powerful with all the synths and orchestration supporting it. I kept hearing a female vocal and it wasn’t just any female vocal. It was a good friend of mine. As I was writing I was picturing her singing the melody. As if I was writing for her. I wasn’t sure if she will be able and would be up for it. After texting her explaining my weird project she immediately responded back telling she was down to do it. We had time for only 2 sessions. One for discussion and planning and the other one to record. During the discussion we finally figure out how the peace will end. It was up to me finish up programming and finish polishing it as much as I can.

Main instrumentation would be piano, vocals, some logic stock sounds. For example the orchestral sounds like brass/ strings were all logic stock sounds. even the percussion cymbal swells. stock electric piano sounds and a few stock synths. ok 99% of the track is logic stock sounds. plugins for mixing were stock as well. There is a bit of sound design elements. I tried creating a few woshbangs in the passed, because I wanted to have woshbangs. The end climax needed a bit more so layered a few my woshbangs to give it that extra punch.

Overall I’m looking forward what you all think and I do really apologies for this loooong description. Ok enough of me rambling please enjoy Inner Beauty featuring a good friend of mine Sophia Rexrodt Meleiro on vocals 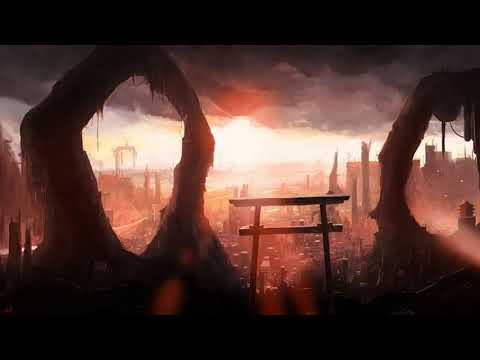