How to come up with arrangements faster and make more music

There are times when you are up against a deadline and you just cannot get an arrangement to flow. How do some composers seemingly churn out lots of quality music week after week? In my latest blog article, I share one trick that I have used which enabled me to compose over 80 tracks in one year. 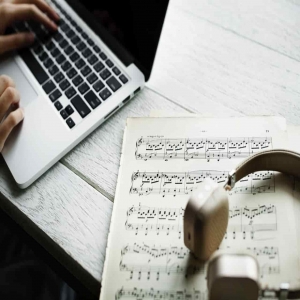 Have you wondered how some musicians manage to consistently produce music at a steady pace? This article shows you how.

What are your tricks to that help you write more quality music quickly?

I don’t want to criticise your post at all, because you invested so much time and energy making this etc. so please don’t take it personal. I want to give you just my thoughts about your post:

I share one trick that I have used which enabled me to compose over 80 tracks in one year.

I am thinking like…wow…really? 80 tracks a year? It’s a game changer for me. How does this guy do it?! I click the link and start to read. As I already knew before, you will definitely talk about making a template etc. nothing new at this point. But I am still curious how you are able to compose 80 tracks a year…so I keep reading…and reading…and reading…until the point where I see an audio-file and then a screenshot. And then I stopped reading. The reason was, that I just felt like totally fooled, because I see 10 channels in your session. I was like this -->

…Then I straight went to your Soundcloud and listened to few of your tracks. And finally I had the full picture in front of me, because making these kind of tracks (Ambient), is not as “complicated” and “time-consuming” as making trailer cues/soundtracks, so fully orchestrated music, and make them sound realistic, balanced and well-mixed.

Did you mention this in the beginning of your article? I am not sure, please tell me, if I am wrong. I would deeply suggest you to give a more precise information in the beginning of an article, so people know, what to expect really. Does it makes sense?

I guess you want to help young upcoming producers/composers with your articles?

A little story, because you see I took it maybe too personal

I remember years ago, when I have bought an e-book from one guy, who worked on so many cool projects, a real professional I thought. So he sold this e-book for music production etc. after I did my purchase and read the first two pages I thought like…maaan, if this continues like that, I will be super angry. I kept reading…when I was done, I was super annoyed, as I learned nothing new at all, maybe 2-3 things from more than 80 pages, but that’s not the point. The point was, first: he had super many writing mistakes. I know I have them too, but he was a native english speaking guy. Mistakes on the most common words, I counted more spelling mistakes than what I have learned from him. I believe that no other guy read through his stuff, before he started to sell it. Second: He advertised his book as the holy grail of everything. Maybe I was too naive, but to be honest, what would you expect from a top of the list professional guy? Definitely not that. So now I am super careful in terms of “Tricks”, “Click here”, “Without this plugin you will never make a great mix”. End of story.

Composers like Ivan Torrent need sometimes a few months to write one fully produced track, not because he is slow, because the music he does contains so much detail, it’s almost unreal. I don’t want to say, that ambient music is lame at all. It’s just a fair comparison. The world needs both of them. So one year you compose 6 ambient music albums of 12 tracks, the next year you compose only one album of 12 tracks of trailer tracks. As I said before, don’t take it personal, just give your readers a more precise “preview”. People will always come back, if you do so!

Have a great week!

Everyone is entitled to their own opinion, so you shall not take offence if I critique yours.

Before I start I take great offence that you hold my article in the same light as a bad experience you had with another author who had ill command of the English language. If you check my blog post I think you will find no grammatical or spelling errors so please be very careful how you compare in the future, as I take it that English is not your native tongue either. I also write very technical letters and guidance notes for a living so take this as an attack on my normal day job.

I think you may have missed the whole point of this article and if you read carefully it does reference that this approach can be applied to other styles of music. I must have also missed the memo in the composition class that says “Music is not music unless it contains more than 40 tracks, anything less is easy to compose”. Think carefully, this is paraphrasing and interpretation what you have written. but it is a sound bite that many will have.

Essentially you have pretty much dismissed a whole plethora of music material that in its very essence contains a minimal amount of tracks. Let us take choral music, so 4 voices and arguably 4 tracks Soprano, Alto, Tenor and Bass. Ah, this must be easy to compose as there are only 4 tracks. I can tell you, it is much harder the less notes you have as you have to imply harmony in some circumstances.

Before you have a rant think with an open mind and to yourself 'How can I apply this to the style I write in."

first things first. I want to apologise. I haven’t meant to attack you at all. It’s a discussion, thinking how to improve things and not how to finish off someone.

You said, that I took that “bad experience” too personal and basically saw something similar with you stuff. No! That guy charged me 50$ to tell me absolute nothing. At least nothing new for me. Your article was actually quite the opposite. I didn’t compare the grammar. Your grammar was on point. His not. But that’s not the story at all. As I said in the very beginning, I know how much time and effort you have invested to write that article. Because I write myself as well, I know how much hours goes into this. And I can totally understand if someone tries to tell me, what everything “wrong” I am doing etc.

My only point was, that you did not include a comparison list, for a couple of genres, so new composers/producers can identify them (genre-wise). If you add it, people see what is possible for their genre and not only for one specific style. You did not answer why you are writing this article and to whom they are addressed…

It’s actually really funny, because I had a similar discussion with a composer on a different Facebook group. What happened was almost identical to our situation now. I forgot to mention, in which style an in-house composer was writing music. I just said, it’s not uncommon to produce 3x 90s of tracks for an in-house composer a day. What did he answer? He said: “Dude, go home, if you don’t know the real business” (This guy was actually a big fish, as he had great placements in really big movie trailers…I was like? Ha? What’s wrong with this guy? I told him: “Before you start to attack me, let’s clarify the situation!” I added that I was talking about 3x 90s cues for Netflix background music. If you have Netflix, you know it’s nothing special, because the music is simple and just have to function to the picture/mood. Acoustic guitars, little piano, a string-line here and there. And then he said: “Ha, that’s another story, because I thought you are talking about trailer cues!”.

Do you see how similar it is? It’s only because you and me did not clarify to 100%. That was my impression, where you introduced me to visit your article and find out, how you do it!

I don’t want to get into, what is easy and what’s not. Never said, music is easy to compose if you only have 10 tracks. No genre or instrument or whatever is easy to compose/produce. My point was, how much stuff is going on in your cue. I know that you don’t sit for hours only messing around with one sound just to get it “right”, but you don’t do it, otherwise you wouldn’t compose 80+ tracks a year, or do you? I just want to be honest, I saw people who write 3 solo piano cues a day. If you listened to that stuff, you understand how they do it. I - IV - VI - V - I…next cue the same…everything either 16th, 8th notes or 4th played as chords or even single notes which you hold for 2 bars. Is this music? Yes it is! Is it complicated? No, it isn’t. So of course they can compose so much of it. But as you said, if you start to think here and there, possible voicings, which could be better in which range and so forth. You need time to process it.

Next time, please tag me, otherwise I won’t see, that you have replied.

PS: If I wouldn’t care about things, I would not have invested more than an hour of my life to write to you or reply. Nobody replied to your post. I did. Yes, I said, what you “could” improve in “my” opinion. I never said you “have” to. I’ve heard your music as well. I’ve read your full article. I think that speaks for itself