Wow, this actually makes me excited about East West again. I tried using them in the past, but had too many issues with the Play Engine etc. This new engine “Opus”, and the new recordings etc. makes me believe they really have a very strong product bundle now. What do you guys think?

Right now I think it’s very cleaver marketing. They basically shown you a lot of nice looking rooms and a pretty GUI. they also said they haven’t changed the base of the Hollywood stuff and just added to it… so this in my view can go either way.

It is not only a new GUI, the engine is completely new, which is a good thing imo.

I’m sure they have updated. If they only shown you pictures and just used bulky words to fill the space where the in depth look should have been… and there’s no other videos that have been released alongside the update. Right now they’ve essentially gave us very little.

Marketing hype, its not even released yet. So I would say this is a trailer video!

Pretty shots, cool gear, and making it all feel like a huge thing. I guess the real walkthroughs and reviews will show if it’s as good as they make it seem haha.

I think the first minute or so did, but after that it was more of a behind the scenes chat/interview… which most libraries or people publishing these types of videos often include actual footage of it in work. All we got was how it looks and some vague backing track which to me sounded great, but no better than some other libraries. There wasn’t any view of the automation lanes either so that makes it all very subjective and reliant on what you are hearing. So with that in mind, if it was a trailer… it was a bad one… simply designed to look anc sound nice.

I’ve learnt through many Spitfire purchases that this type of marketing isn’t what I should invest my excitement in.

Not that spitfire is bad… I love their libraries… but they always hype them like this, most of the time even more… and they’re always just really good, not really great.

Yeah, it’s what I expect of marketing these days to be honest. I am looking forward to watching some real walkthroughs.

Yes well I think we see this all the time among developers. “look here this had never been done before” its just like marketing is. 8dio takes the price every time. Troels is world champion of using frases like: first time ever this deep sampled bla bla. Well it can still be a great product. I’m curious.

Yes I’m sure it is great and I’ll probably try it on the subscription. But everything they spoke about they were actually already doing… and so is every other sample developer. I even Do the things that they were talking about in my sample instruments. Why do I do them? Because sampling an instrument hasn’t changed since the release of the terminator 2 film. It’s that old!!

It’s actually exactly the same process done every time in a different room, with different mics… so you’ll just get subtle changes in space and top end response.

Like the new composerctoolkit that spitfire just released (they haven’t over hyped it this time which is nice to see). They’ve created pre baked sounds and placed them in velocity centred order, this is the oldest trick in the book… they just haven’t included any automation coding. They just made sure they got great detailed and evolving samples… that’s it. Then they threw them into kontakt, done all of the stuff you do to make it playable (which is the hard bit) and packaged it for release. They still call this new, but it’s sooo old! They just put a nice gui on it and sent it out.

In this video they’re saying this new platform is the best one yet, then they name a whole load of things that other sample developers are already doing. Such as being able to download just the instruments you want (orchestral tools are doing this in their sampler), or how you can switch from delicate to epicc(they just made a new patch with a red overlay, which keep forest have done for years). The list goes on… but genuinely… the only way you can make sample libraries new and unique is with innivitive ideas… such as infinite brass… they’re stacking so much stuff in that library that the coding for it must be immense… it almost sounds real all of the time. That’s a developer to keep your eye on… and they’re more affordable for what they offer too!

I can give examples of what I’ve done too but it’s on a smaller scale. In sampling terms I created a Kalimba that balanced the noise to pitch ratio perfectly… you either get all note or all buzz with kalimba samples, and some even just fake it with synth samples. Or, I have just created a hits library that I’ve created velocity sensitive attack so that even though it’s just 1 sample, it sounds like 127 samples because I’ve programmed it in such a way that it recreates actual velocity curves in real time. That is something you don’t have in any hits library as of yet, and because the emphasis is on the playability of the one sound and the coding/digital mapping, the CPU isn’t hit as hard either, so it’s not much different than using wav files in your project… but you get even more control.

Things like this push sampling forward, not big words or fancy GUIs. This is what I mean by not getting sucked into the hype. If a library does something well then that alone will speak for itself.

I have lots of eastwest libraries and I’ve never had any problems with play. Most people who say they hate play used it in its buggy state when it was released but it has been extremely stable for several years.

Opus was supposed to be released last fall, then the 21st of January, but it was once again postponed, typical of eastwest. I’m mostly interested in keyswitches for Hollywood orchestra to make it easier to use. The moods are most likely just microphone position/reverb presets. I’ve had HO gold for several years but I just bought Diamond when it was for a bit over $100. I’m already terrified of the upgrade price, ew first told that you would save money with upgrading from ho to opus edition so people should buy ho with the -60% discount, but later they told to hold when somebody asked about it.

All the other ew libraries will be also ported to opus engine, and you will most probably have to pay for the upgrade.

They just released this trailer so it is close now! 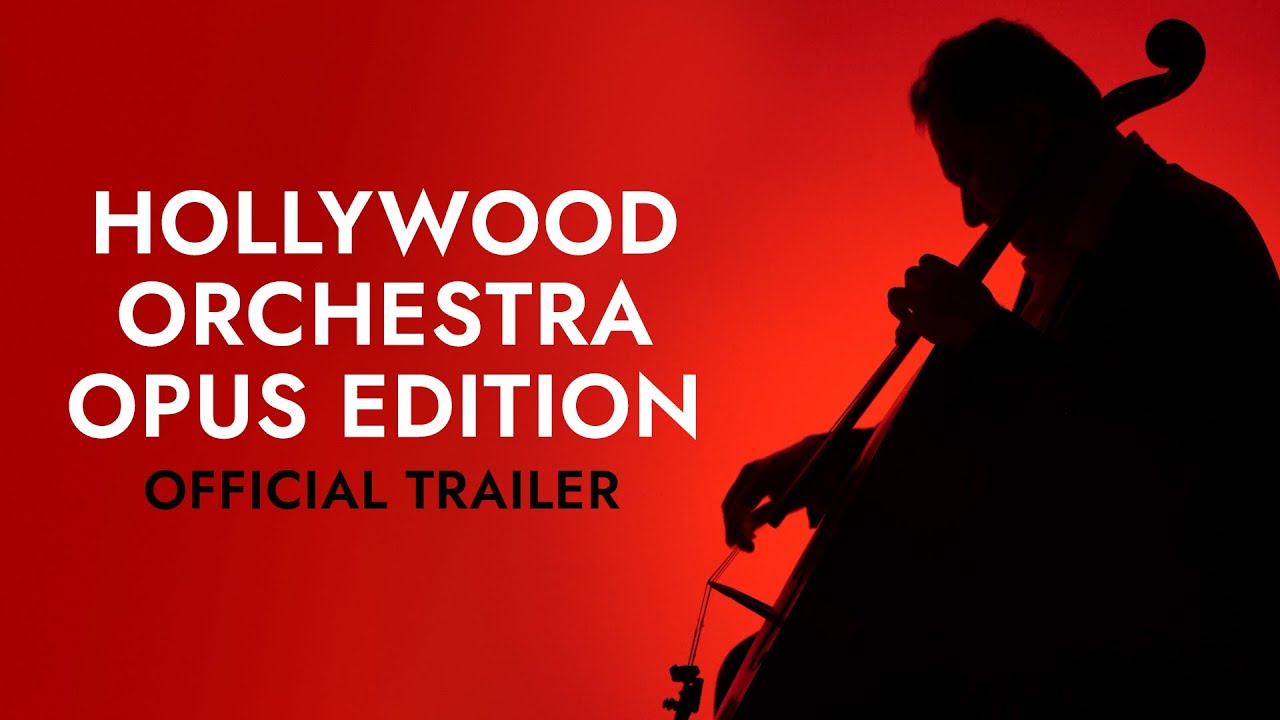 I’m excited about this. I just did the Composer Cloud subscription a few days ago, so I’m in the process of checking out a lot of their libraries. I’m definitely excited they said you’d be able to drill into the folders of libraries you haven’t even downloaded and grab individual instruments. That effectively turns their entire collection into one big sample library. Having spent the last few days downloading a lot of things, that would be a relief.

It will be nice to hear what the new samples sound like. The old ones are old, but they were such top notch recordings that have held up very well. But there are definitely things about them that feel old. Like some of the samples that loop and you can hear the end/beginning of the sample. Or the legatos that don’t quite match up right and there’s a seam. It’s kind of like a classic car. There’s a lot under the hood, but you can examine it and have a good understanding of how it was put together and how it runs. Whereas you have to be an electrical engineer to understand how a Tesla is built. When I listen to most modern libraries that have really smooth legatos it’s almost like there’s a kind of magic where I don’t really understand the scripting and engineering that went into making that legato work. But when I listen to some of the Hollywood Strings & Brass stuff, the quality is really good but the sampling techniques of the time are noticeable, so it it lacks that magic.

If their new material has the great recording quality, and the sample programming is up to date, and they’ve made their interface more intuitive, that will really be something.

Hello Composers. Excited about this one.

It’s quiet here after release. Everyone so busy playing with OPUS?

If someone has already tested it, I like to ask them a question. I’m always a bit hesitant with major updates like this one because of my ongoing projects right now. Can you confirm that nothing has changed in your older projects with the PLAY Hollywood Orchestra? So no complicated sample location errors and so on?

And, apart from the orchestrator, do you think the samples have been improved compared to the old edition, or is it primarily an extension?
The design certainly is. Always worked with the diamond edition by the way.

Everyone so busy playing with OPUS?

It was way too expensive to upgrade from Hollywood orchestra diamond, I’m only interested in the new engine (mainly keyswitches) and improved woodwinds, I have no interest in the orchestrator or the ancient solo instruments, so $595+VAT is pretty steep, also people are having issues with crackling and it takes way more memory than play

Maybe I answer to late but they’re are some trouble to reload close mics when reopening saved projects.

I have it through Composer Cloud and I just tried it out today for the first time.

I can tell you that you don’t need to worry about older projects that are using Play. When I make a new instrument in Logic I have both Opus and Play as separate choices under EastWest. So, even after the Opus update I can still use Play if I choose.