Anyone tried to sing their own choirs?

So this might sound like a silly question, but I do actually sing myself, and I always wanted to find a way to do some kind of double tracking to create my own “epic choir”, based only on my own voice.

Why you ask? Well because then I would be in complete control over the expression, syllables (or even words), and of course in the process make it a way more “human” performance.

I just wonder how to approach this. If anyone of you tried it yourself, please share some tips!

Tagging @olofson, because…well I know you sing too!

Only done some quick tests and the odd opera practice recording so far, but I think it should be doable. You’d want a transparent and neutral sounding mic setup for this, though, as an up-close dynamic stage mic might not be the easiest thing to fit into an orchestral/choral style mix. I suspect that with choir or opera singing, there might also be more to the proximity effect than just frequency response, in a similar way to violin, cello etc, where the instruments start to sound like electric ones if the mic mainly picks up sound from the area directly under the bridge.

Either way, dry vocals will have the same problem as dry instruments when it comes to positioning them in the mix. I suspect spatial mixing tools can come in very handy here as well. Nothing that can’t be done manually, but if you have umpteen separate mono sources, it’s real handy if you can just move a marker around and have all the parameters calculated.

As for the “choir” part, I suspect it’s important to get a good blend of timbres, so for a “solo choir,” it’s probably a good thing to be able vary the tone a bit between parts. Formant shifting might also help (works great for pop, EDM and the like!), but I’m no sure how much of that you can do before the artifacts become audible in this setting.

I’ll be doing some more experiments in the near future, hopefully.

Do you think it is possible to ‘cheat’ by using dual microphones (or more) to record several voices at the same time, and then try to make them sound ‘different’ in post production?

My main mic is a Rode NT1, condenser studio mic. I have a Rode shutgun mic as well, and a dynamic classic Shure Sm58.

I was thinking regarding different tones, I can try singing in variations by varying the chest vs head voice.

If I only sing in Latin or Slavonic ‘non-sensensical’ syllables I hope this can also further mask the fact that it is not a real choir.

great is there anything you can’t do? the idea of using diff mics would be cool and singing in a room with some natural reverberation or echo would help add to the choir effect.

Haha we can often do more than we think, if we put our mind and will into it!

Yes I was thinking if I use microphones in different places and angles, I can get natural ‘space and perspectives’. Like one super close mic (condenser studio mic), then the others a bit away from me in the same room. Those ‘voices’ can be mixed lower in the mix.

Of course, I will still do several recordings. But perhaps I don’t need to do 30 recordings to get a choice sound, if I find ways to ‘cheat’ like this haha.

If anyone knows any plugins and tools that can ‘change’ some of the voices a bit but still sound natural, let me know.

Well, multiple microphones will capture different perspectives of the source and the room, and most mics have subtle non-linearities and other phenomena coloring the sound - but other than that, they can’t do anything you can’t do (or undo) with delay and EQ. Multiple instances of one sound source will always create phasing issues.

However, if you use Melodyne or something to “rehumanize” the pitch and timing to multiply instances, it might indeed be an idea to use different microphones and mic positions.

I’ve not tried it myself with singing, I did have a stab at layering up some humming which turned out ok.

Have you heard the Meyer Family Choir on pianobook? I really like the sound of it, there really aren’t many intimately recorded choir libraries out there, most are stage mic with big verbs.

I basically want to “sing” epic choir syllables with lots of chest voice. For that epic action choir style haha. But I don’t know how to stack it up so it does not become one thick wall of the same voice…I guess I need to try really try to sing…well in different voice styles if I can.

I think making the voices different will be the key, ensemble stuff that is layers of the same thing usually ends up sounding quite synthy and pad like. Might be fun to experiment with different mics, different positions/rooms etc.

I think it would be quite tricky to emulate a full choir sound though made up of so many different voices both male / female.

Let’s all record a couple of our own voices and make a new sample library called The Professional Composer’s Choir! Haha.

Kind of like the Pianobook but for a choir of our own.

You know that nearly everyone can sing. We all have that capability. We just need to practice.

I did reccord a single word that I could not find in my libraries for a new Viking epic action / war track. The word is a long and death like “Attack” like Vikings charging toward enemy.
Well it turned our usable and a very satisfying experienc!

Now it made me think about my brother in law who happens to have that very low voice and he actually sang when younger as a bass in a choir.
He agreed to replicate the “Attack” plus a couple other words. He also agreed to try to make a library with me and maybe we could sell a new Kontakt library one day. Haha. Nice project for sure.
I let you hear this when the track is ready if you like.

I understand you desire to make your own stuff. I think the same more and more, especially for recording and tweaking my own SFX. Like a blade sound to mimic a sword pulled out of a holster or dragged on a hard surface. Very cool to do too!

However, the reason why I want to try recording real performances and create a choir out of those, is to be able to get that live expression in the vocal parts.

Doing a solo vocal line is straightforward, but creating a choir performance out of many recordings of the same voice…that is the tricky part!

Haha I know, I get your point Mikeal. I just thought about this idea while reading your post. I am curious to hear the results of your project if you do it. The problem I think is one cannot have all the full range in his voice to cover bass to soprano so it could work but the total range would be limited. Very curious to hear what you may come up with. It could make a great title for your YouTube channel: “ONE MAN CHOIR, HOW I DID IT”

That is true, but let’s say I only do 2-part harmonies in one range. I know this will not give that true epic wide range sound, but even so, worth a try!

Yeah definitely worth a try!

This video from Christian Henson was interesting. It’s about the Winter Voices project where it sounds like they’re crowd-sourcing the voices for a choir library. At the end of the video he imports the bounce file of all the notes he sang into the winter voices Kontakt shell instrument and it assembled them. I’d like to give this a try because it looks like a fun experiment. Don’t know if it produces anything useful just using your own voice, though. Probably depends on how many recording passes you do. 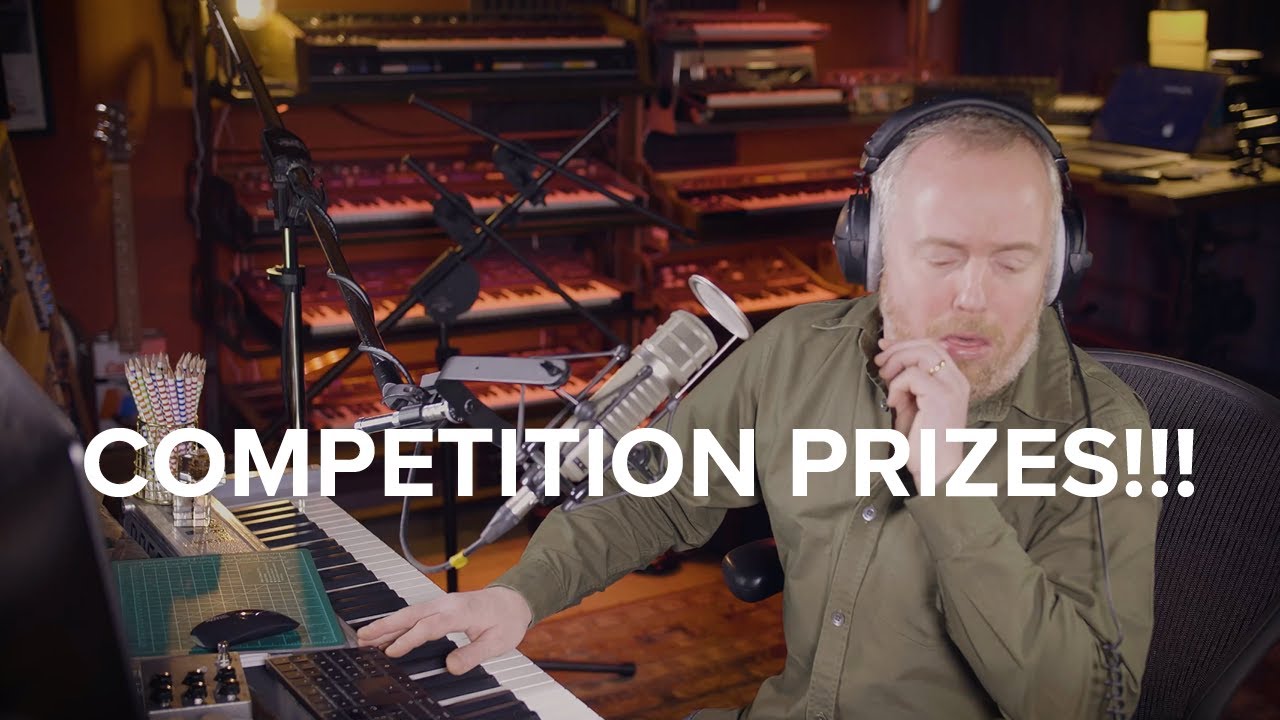 Yeah I create full choral works with my own voice for trailer stuff and it’s hard!

I don’t own a choir library and tbh I have got used to doing it this way so I’m always put off buying a choral suite. If you ever hear a choir in my work then it’s usually me (except this last competition piece, that’s the Klingon choir).