I hope you are all doing fine. Have a look and build your own opinion. Share it and let people know if you think as well that this is a total disaster! Thank you! 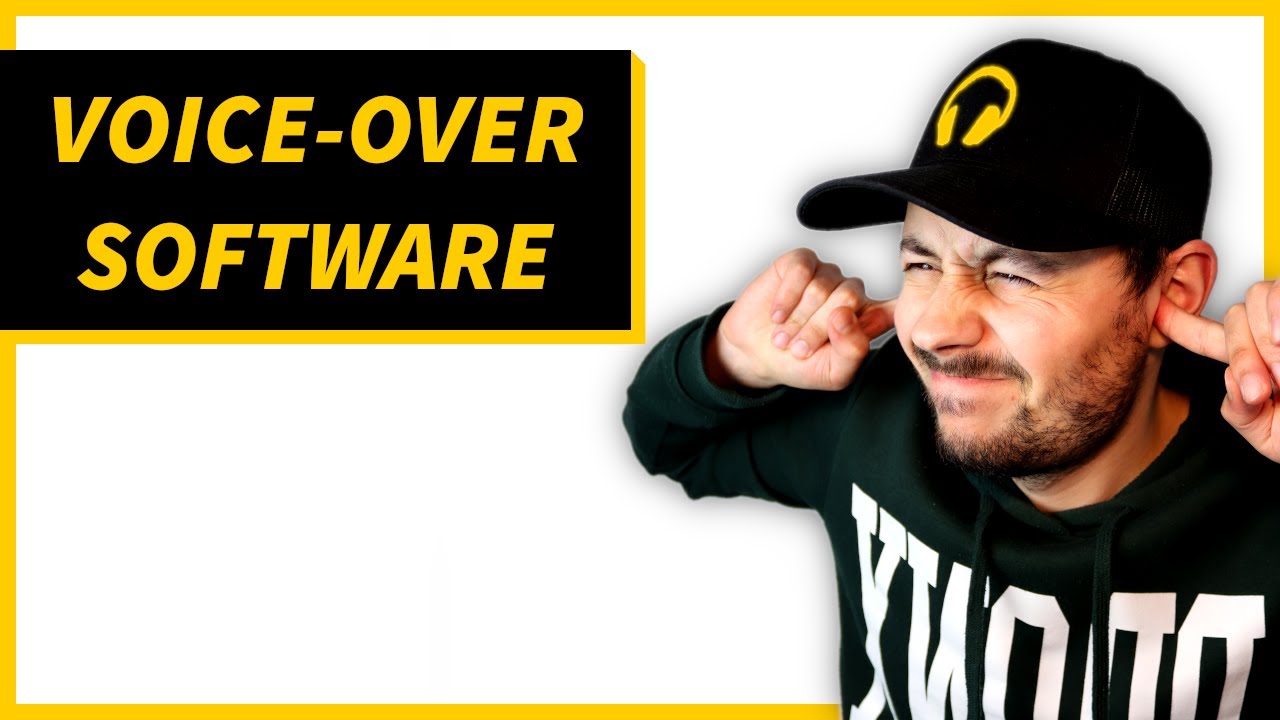 Have a great weekend!
Alexey

Well. That stuff is pretty weak. The first one is better but not by much. As the husband of a voice actor I find this fairly pernicious. On the one hand there are a lot of tiny jobs that some companies will use this for - but on the other hand those tiny jobs could be helping to pay someone’s rent. There needs to be a major shift in protections for artists of all kinds if we want for our future not to be bland and disaffected and emotionally dull.

Thank you for your support Richard, I am 100% with you. I mean, it was clear that at some point we will see things like this, however, this technology is only for people who don’t have high expectations, so not for us. I am very picky when it comes to audio, as I always try to get out the best of anything that is in front of me but making millions, and those companies already did, seems like a “crime” to me.

Of course, there will be people who will say “If the market needs it, it will generate money.” True, we can’t change it. However, to speak about it is the least effort I can make to educate people that it’s not good (at this moment) when we talk about professional audio solutions. It’s the same as educating the clients why I charge what I charge. Most people don’t understand what we are doing. And when you say that your minute costs 1k, they almost jump out of the window. I strongly believe in proper communication and education. If I see a problem, I have to address it. I can’t sit there, doing anything, and watching people making bad decisions, especially when it comes to our industry. I believe that every serious creator has to protect his creative field – otherwise, nothing will change.

hehe, alexey you are hurting these companies

but another interesting video! Cool stuff.

While it is what it is with “the market,” and there are certainly clients that just don’t care, or don’t have a realistic budget anyway - but it grinds my gears when companies manage to make a fortune by essentially scamming uninformed clients…

Great video, and I hope it will enlighten a few of the mislead.

Thanks for this video! I was looking into voice over but didn’t find anything as well that was answering my needs. Happy not to be alone in my quest!

Thank you for your support David!

@olofson By the way, haven’t you said that you want to program samples, instruments? Have I understood that right?

Well, I have some ideas specifically related to modeling and bowed strings - though the first step there is the controller hardware, and I’m afraid it’s a very niche thing, relevant to actual strings players only.

Of course, I have my script driven synth/audio engine, Audiality 2, that I’d like to wrap up as a plugin for proper DAW integration. It’s really meant to be used as an audio engine for games and the like, but it has an unusual approach to scripting that might be interesting in other contexts as well, in particular for custom granular synthesis design and other “oddball” stuff that would normally have to be coded in C++ or similar. Also a very niche thing, but potentially interesting to games sound designers and synth developers.

However, I’ve basically painted myself into a corner by wasting too many years coding “uninteresting” stuff for money, and have pretty much abandoned my personal projects as of a few years ago. So, it’s unlikely that I’ll take on any major projects like this, unless I get hired in this very field, or move on to something other than software development as my full time job.

I’d say that sample #5 sounded best to me, but of course I am with you, that nothing beats a human voice after all. But I still see the need for generic AI Voice Over generators, especially when it comes to solutions that are needed kind of quick, dirty and confidential.

In my 9-5 job there are many topics that may not be discussed in public and therefore is not suitable to give the voice-over job to some “random” freelancer on fiverr.com, for the involved people need to be authorized and stuff. With COVID cancelling all workshops and courses that where attended in person, we feel a strong shift to e-Learning and webinar content. And that is where AI could really take a huge bit of the cake.

I understand that most of these services use a online modul to vonvert the text to speech and the produced file needs to be downloaded afterwards. But that is somthing that might to be discussed with that companies.

Bottom line is: There is need for this on the market and that market does not care about mp3 or wav, or 44.1 or 48 kHz. They want to put out content to their staff and do not want to envolve externals or to have their staff to mess with recording VO theirselfs. So I don’t see it as a competitor to human VO artists, but as a niche where human VO can’t step in easily.

Yes, of course, there is always a need for something that is fast and cheap. The faster and cheaper it is, the better for most people who have zero to no budget or don’t give a f*$% on the quality. There are thousands of people with this mindset, and that is okay. It is not my job to convince someone to not investing in this product. I just share my opinion of what I think about this service. For now, it’s not even near the quality it has to be that they are “selling” on their website.

I am totally with you on that point.

And these kind of offers cause drastic price dumping for real voice actors, although they are way to low in quality. I just started out to do some voice over jobs on fiverr. It is ridiculous what people think what voice actors should earn on a job. 50$ for 13000 words. WTF !?

Frustratingly, this seems to be an unavoidable side effect of how everything works these days… Examples:

Computer peripherals. The mass market demands more for less, but is not prepared to pay for exceptional quality. What happens over time is that slightly upgraded versions of mass market devices invade the market, and thus, we end up where I am now: $300 keyboard, $250 mouse. Both have switch bounce issues, and I’m considering building my own instead, as I don’t even know where to look for proper gear anymore.

Violins. Chinese factory instruments are flooding the planet, and by all means, it’s great that these instruments are now realistically available to anyone who wants to try them. However, the slightly more expensive Chinese instruments are good enough to basically eliminate true master instruments from the market. Do you pay $5k for a very good instrument, or $25k for an amazing instrument, possibly even built to your specification? To most buyers, the difference is just too subtle to motivate the price difference. It does not help that investors and dealers are fueling the myth that any serious player needs an antique instrument worth a few $million (instruments that are often inferior, unreliable, and generally problematic), and as a result, it’s only a matter of time until that $25k option is no more.

I’m not saying any of this is right or wrong, and I believe regulated markets and the like create more problems than they solve. I guess this is just how it is in a free market. When it comes down to it, exceptional quality is not valued enough to be worthwhile.

@olofson, @ShoreSayBow I got you. I do understand how frustrating it is. And it is. Because uneducated people, don’t understand how much time, effort, and energy it takes, to make something that is worth it, so just as an example: If I see an uneducated producer that makes a beat for $10, that’s okay for me though.

I don’t care, as at some point he will understand that he does have 16 hours a day if he is working hard. And he will as well understand, that he can’t make a living from $30 a day. At least not in the next five years, where the economy will totally collapse. What I know is that there are still people out there, and there will always be who will pay me the money I want and deserve, as it’s my responsibility to NOT work for people who don’t value my work.

I make an example: I had a client, she wanted me to cut a music track so it fits her needs. I said: Ok, I do it for 50€. She first was shocked and couldn’t understand the price. I said: Look, I have to do this, and this, and then that. And then you will say, “I would like to have it like this…”. I have asked her: What do you think this service is worth? She: Okay, how can I pay you? Because the issue is always the same: People compare how much they earn per hour. Which is totally the wrong approach.

Yes, of course, she could go to Fiverr and do it for $5, and in the end, might be “okay” with the end result, but I sell not my time or service in the first place, only my value that I want to give her. If she would say: “I will not pay this much.” Okay, I don’t care. As I will not do this shit for 5€. Like, seriously, go out and download a finished track that suits your needs. She wanted something custom. And custom shit does take time and expertise to solve the needs for her.

There are two major problems:

a) A lot of people don’t care about their value and worth, and time doesn’t exist in their life at all. That’s why people dump the prices all the time, as they are NOT educated about how money and business works. I don´t blame them, as the education system doesn’t teach us.

b) The market will go lower and lower until a point where most people will be living in shit, and only then we will see a change (maybe). Like seriously, there has to be a rule. I live in Germany, and my living costs are at least 1300€ per month, and I already try to reduce my consumption of things that I don’t need at all. And now I ask you: How many tracks should I cut for 5€? 30 per day???

I know two german guys who moved to the Philipines. Living costs: 220€/month. They are like millionaires there. If we see more and more price dumping in the future, more and more people will leave countries where the living costs are out of control. Germany is one of them. If this is what capitalism planned for us, okay. I mean, I don’t care, as long as I have an internet connection, I am fine.

I haven’t worked for someone in the last two years who didn’t value my time, value, and expertise. What I see is that there are a lot of people who do work with the wrong clients, and then complain that they were very stressed working with them…isn’t it clear?