Genre/Style: This is an emotional cinematic soundtrack.

Main Instruments used: I used the soft LABS piano that I love, and most of the other orchestral instruments such as violins, trumpets and cellos are from Free BBC Symphony Orchestra. The string spiccatos are from the free orchestra. I also decided to use synths from LABS too to make it more soundtrack-like.

Creative Vision for the Track: I really wanted it to be sad but with a bit of motivation and optismism. For the title I chose Blinded because of what is happening right now, people hiding themselves and not wanting to see the truth. The mounting chord progression was there to make it more grandiose with the horns. I really liked the piano keys which I think made the sound deeper. I wanted it to make it look like the person was thinking about how bad his life has been but that he can now change it.

Composition Details (Tempo, Key, Main Chords etc): For the first part and last part, the chords I used were flirting around G minor:
G minor-Gsus2-GsusAug-Gaug
I took a bit of inspiration from John Williams chords in The Immolation Scene soundtrack in Star Wars III (my favourite one don’t hate me hihi), though mine is far pless tainted with sadness and despair than this masterpiece.
Then towards the middle part I made a mounting chord progression that finally comes back to the main 4 chords, even though I hesitated over changing the key.
The tempo is at 80 BPM and I wanted it to sound slow in the first and last parts but with a faster rythm in the middle section.

How did you EQ the free Instruments? I have always trouble to find some working settings, as the sound does not get much better with a high pass and small 2-3db cut at around 1000Hz. (What seems the best option for me at the moment)

Thank you so much, and keep up that great work.

Thanks for the nice comments!
And @Seven_Tears , to be honest I didn’t even use EQ in this one (but now I’m starting to see it’s important and that’s because of this community). Perhaps I should’ve used it though I’m a bit of a noob at using it. I usually use the FL Studio EQ is it good enough or should I download a new one (free if possible)?

If you hurry up you could get iZotope Ozone 9 Elements and their Neutron is maybe still free too.
There was a discussion about Stock EQs, i think its working with it. But there are a lot of very good free EQ out there… 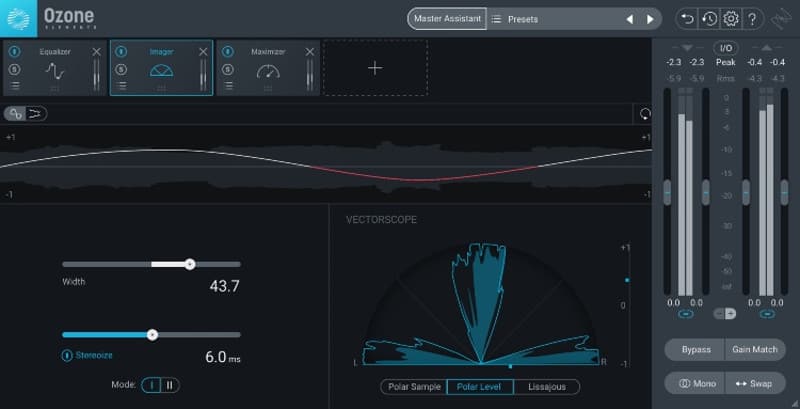 Thank you so much for sharing that’s great will try out!

Glad i could help you et de rien

Very good. I see that your very good at using low cost or free libraries just like @Seven_Tears
that honors you. I have close to zero knowledge in EQ but I sense you might need just a little in this composition maybe? Other than that I have no criticism it is very nice.
I have Ozone 9 elements myself and would as an amateur recommend it. I find it easy to understand and navigate. Looking forward to hear more of your work.

Thanks yeah it misses that little something that the EQ could change I see what you mean.

I think that the songs reflects the mood you are aiming for. The song is clam but there are things happening all the time which keep you interested. The violins at the beginning remind a bit of the music from Gotham. This track should definitively work in a Ambient/IDM Nu Classic Playlist.

It certainly creates a sombre mood. I’ll echo other comments here about your use of the strings which you take from low to high registers.
Well done!

Congratulations. It is a beautiful song. And the sound is good. The only thing I could add as a tip is that in some chord changes I feel a hard jump. This could be soften by working in voice leading, trying to keep more notes mantained between different chords.
GREAT WORK

I really like the darkness to the track, The picture fits the music perfectly. The string tensions in the middle sounds great. ON neg I can hear is the hold might be a little to much on the strings. I was listening on very small speakers so the sound became muddy.

I really enjoyed the multi-layers that added to the mysterious and melancholic tone of the piece. Beautiful! Thanks for sharing this with us!

Thanks for all the feedback!

Yeah you’re completely right but another reason is that I use the free BBC Symphony Orchestra which means I do not have legato. But I’ll check out how to do voice leading never thought about that really helps.

Thanks for your comment just do not understand what “ON neg” means.

Only Negative to me that is, Is the hold is a little to much and sounds muddy and un natural.