Heres the third in the series on “how to create a golden age piece of music”. This week we are taking a look at arranging the brass and Woodwinds… Plus lots of nifty tips on writing in an orchestral style.

Thank you to all of you who have subscribed to my channel so far, its honestly amazing to me that you support what i am doing. as i’ve said in the video this week… its all about music and community for me right now… and community for me is taking centre stage. so that is why i’m so thankful that we can do this journey together. thats what its all about and i’m honoured to be in a position where i can make content that is moving forward to do just that!.

But for now really hope that you enjoy this weeks video! 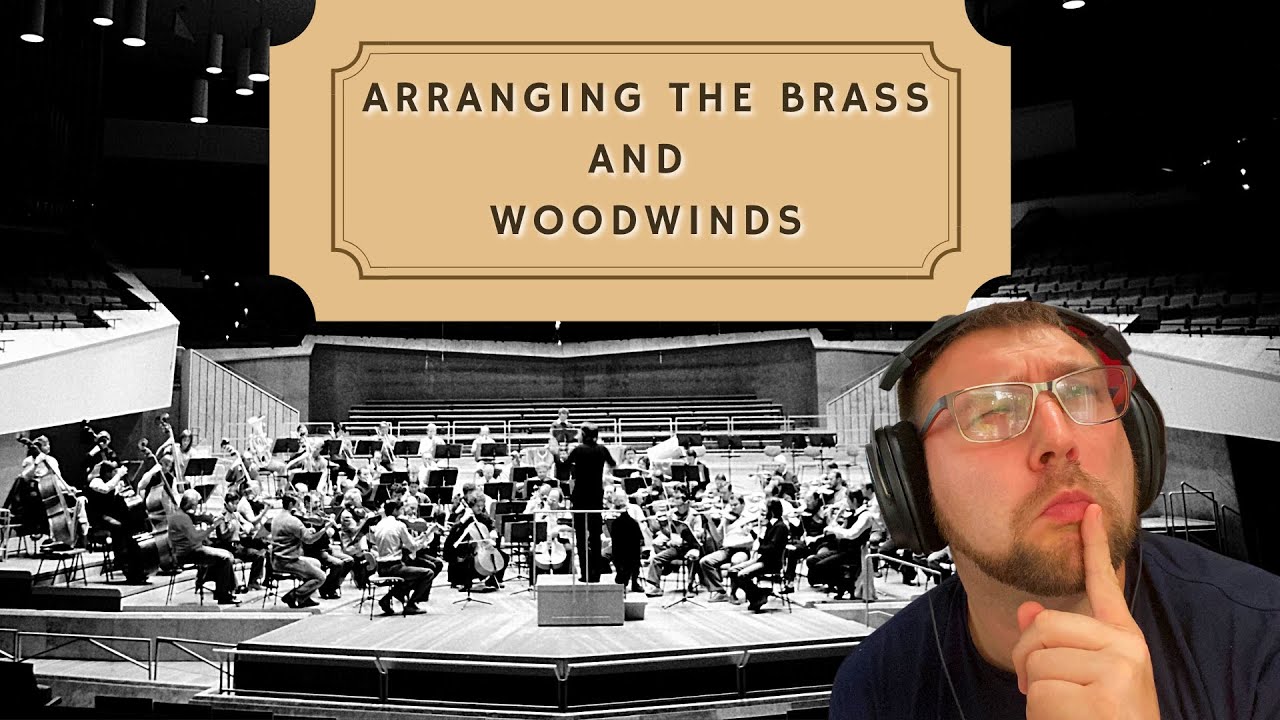 Yes! Back to regularly scheduled orchestration, now that I’m done with my little Star Trek jingle

Haha! Yeah I listened to your track. Lot of cool ideas in that piece man

Thanks! Felt like I improved my writing with that one. I still need to make better orchestration choices, however; I overused the horns in my opinion. I like how in your piece here, you altered between the low brass and high brass on the beat/off beat or accents. It’s these little bits of orchestration that I really need to learn. I have a good idea which instruments blend well, but how to use them and when to good effect, not so much.

I also liked how to mentioned differing tempos. It’s hard to think about this when using sample libraries, but when I use my scoring software, from studying Williams scores, putting rallentandos and meno mossos and other tempo change markings throughout definitely makes the pieces sound more realistic and interesting. Especially like the l’istesso tempo marking at the beginning—short intro and poco rall. then back to the original tempo.

I think you could have actually used more horns… Jerry Godsmith really mastered the horns in Star Trek.

Yeah tempo is such a big thing, rallentandos/diminuendos (not innuendos) and what not aren’t hugely prevalent in this piece, it’s more variation but all of those specific variations in time and speed are much more useful when working with a real film. You touched on something in your response in YT that is something I’ve struggled with. In this series I’ve found it hard to talk about everything… specially in this video. I recorded this 3 times. The first time it was an hour and a half, the second was 50 minutes and the last time was 35 mins.

There’s certain things I’ll be dedicating videos o in the future as it’s just a waste to condense them. So this series is just focusing on broadly covering everything in as much detail as I can in 30 mins per episode. Having said that, I’m cramming an awful lot in still I think.

Yes, definitely. I just meant varying my textures a bit more; most of the melodic counter lines between the main melodies were horns. I wanted to just use woods during the string theme, but horns were needed to give it more “majesty”

I’d like to get more of the sound you have here.

Oh haha, well your right there! Horns are much more majestic… I wouldn’t count woodwinds out though. Bassoons are incredibly majestic and the Chinese whistle is used a LOT in western music… especially Barry-esqu stuff

Elfman also does something really cool for majestic sounding scores… His flute and clarinets usually play staccato lines that outline a melody… this always sounds incredibly majestic… again, this is something that would take a while video to explain properly… but you can hear it in the Edward Scissorhands theme which is very majestic… also if you are a fan of Alan Menken, he does this too but with string parts, which I’m pretty sure he stole from Saint Seans Carnival of the animals (Aquarium theme)

Yeah just keep doing what you do my friend. I think your vids are very helpful so don’t worry about taking about everything in one go.

Saint-Saëns is one of my all-time fav composers–such an underrated genius. Ah, it’s Halloween, gotta go listen to Danse Macabre!

Thank you man!! I really appreciate you!

Yes me too, Saint Seans is actually my all time favourite composer. Love that he died in Hawaiian islands and had to be shipped back to France due to him being a national treasure… but france had to pay to get him back

those sneaky so and so’s

When I was in Unoversity I was reading a book on Camille Saint Seans and one particular chapter stuck with me I’m even until this day.

It said, a local newspaper reporter interviewed Saint Seans asking what he thought about Mendellsholns new Symphony (symphony in Em). He said something along the lines of, “the man is a bacon and he should just go and jump off a cliff, so’s not to subject us to such terrible music (this was because Seans loved Bach as he was seen to be autistic and a brilliant mathematician…and Mendellsholn was very Romantic in his ways… infact he ignored a lot of the mathematical formulas so that his music could breathe a bit more).

A few months later Mendellsholn was approached and told about Seans disapproval and wanting him dead… his response was, “well I can’t argue with him… they man is a genius!”

One of my favourite quotes!