This is my full orchestral remake of the Dragonlord theme from the 1986 NES game Dragon Warrior (Dragon Quest). This is the music that plays when you fight the final boss of the game. In the original game it’s about a 20 second loop. I expanded it out to about 3 minutes, trying to develop the theme as though it was written for a full orchestra.

Creative Vision for the Track: I’m remaking these Dragon Warrior tunes for a Minecraft map that I built. So I tried to imagine the music accompanying an epic battle with the final boss of the game. I tried to develop the themes in a way that seemed to match the character of the Dragonlord. I drew a lot of inspiration from “A Night On Bald Mountain” as well as “The Planets” and “Hall Of The Mountain King.”

After the intro I made a solo violin statement of the theme much like in the original. Then it is doubled by trumpet with a higher harmony for a second run of the theme. Next, I added a B section where I morphed the theme in various ways, ending with a big E with b13. Then I dropped down for some pizzicato rhythmic phrases and traded the low quarter note rhythm from the A section from the low instruments to the high instruments. Then the french horn comes in with a statement of the Overworld theme, representing the hero fighting back, but with tritones in place of the 4ths. The Dragonlord theme comes back in a new form over top of the Overworld/Hero theme, both coming together for a huge clash before the reprise of the A section theme with more dissonance this time. Then a big crash ending.

Composition Details (Tempo, Key, Main Chords etc):
Tempo is mostly 148 but it slows a bit in a couple spots.
Key is a bit ambiguous being based in mostly diminished chords but mostly Am.

I tried posting one of those piano roll videos on YouTube with this one. Here it is if you’re interested in seeing a little bit of the Minecraft build in the background. 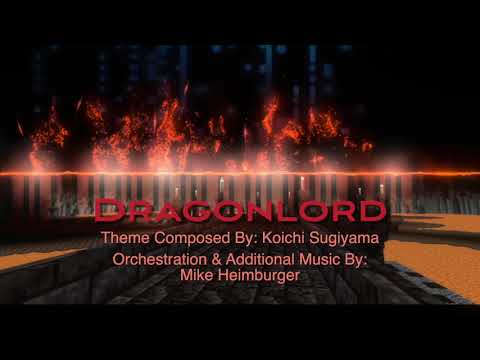 Awesome Mike! You really do get BBCSO it shine. I tried to finally use it on my latest project, but the articulations wouldn’t play it right no matter what I did; I simply write the note on the score in Dorico and it plays it exactly as I expected. I don’t get it

This an awesome job! I’ve been at it for some years now and I still can’t write anything like this style and sound, ironically though this is the style/sound I want! Kudos!

Thanks, Matt! You’re too kind. I’m kind of naturally tuned in to a kind of bombastic, Elfman, circus music, which fit this one pretty good but even here I had to pull the reins to keep it from turning into demented clowns. For me it’s hard to write a straight action cue without it getting ironically whimsical.

This was the first piece where I actually had trouble with the BBCSO articulations. I guess this was fast enough to showcase the inaccuracies in the samples, especially the looseness of the spiccato strings that were just too unreliable in their round robins. On this one nearly every string part is layered with Hollywood Strings for the accurate attack and BBCSO for the width of sound.

Great piece there! Really like the room mix too. Sounds just right for this.

Thanks! That was a big challenge too because the BBCSO samples have a lot of natural room verb. I tried to send all of the EastWest samples through Spaces II to dial them in to match.

Very nice! Awesome orchestration using lots of instruments intertwined and layered with good choice. Sounds very professional great job! Wish I could remember that theme but I’m not sure if I got to the last boss or not. 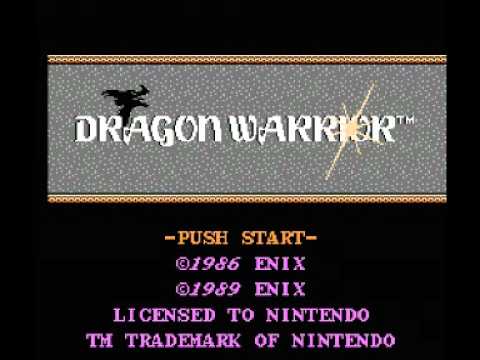 Mike, how does your system fare when using BBCSO? Do you set up a template like a traditional orchestration (2 flute 4 horn etc) or do you use the a3 ensembles? I assume you offload any articulations you don’t use to save RAM/CPU?

I ask because I’ve got 16gb of RAM and I offload many articulations but although I’m only using maybe 3-4gb of ram, I get horrible clipping and performance drops. Maybe Spitfire’s app?

I don’t have a template. I’m still figuring out which things are used regularly enough to merit being in a template. But I do select only the articulations I’m using for each BBCSO instrument. I have 16gb in my Mac Mini. When I started putting down tracks on this project I had not yet removed articulations from BBCSO or purged Opus and I did start hitting some difficulties with ram and cpu usage. I had a couple system overloads, but once I cleaned up things in Spitfire and Opus things ran smoothly.

I just counted and on this project there are 78 instrument tracks, 53 of which are from BBCSO. I usually separate articulations to different tracks rather than use keyswitches, so a lot of those are different articulations on the same instrument. BBCSO is using a total of 4.71gb of ram with only the selected articulations. Opus is using 1.2gb after purging. LABS is using 132mb. And I got 1 Logic drumkit loaded that I’m using just for the shakers and I’m not sure how to see how much memory Logic instruments are using.

I had one weird issue that I didn’t figure out until afterwards. I usually have a piano loaded even if I’m not using it, to figure out chords and harmonies if I’m writing a part. So I just had one of the basic Logic pianos in there. And I kept getting some crazy cpu stuff where it would spike or stay up in high usage while I’m playing the controller, but it would calm down if I just let Logic play what’s in there. On my next project I found that Logic’s piano might be causing it. I’d play the piano and the cpu would go up and the piano would sound crackly. I suspected the piano on this one because it was a new project and I only had a handful of instruments in so far. After removing the Logic piano it went back to normal. I have no idea why Logic’s own piano, which can’t be very memory intensive or large in size, would cause that much cpu trouble.

Is that crackly/skippy sound the kind of thing you’re getting? Is it on recording or playback or just when you are playing an instrument by itself?

Thanks for the info. I just keep getting CPU spikes when I playback–it’ll just suddenly spike to 80-100% and the playback clips and stutters. Not really doing anything different with my instruments than before, so maybe it’s something in Studio One, or my computer is just getting worn out. Guess I’ll need to upgrade sooner that expected.

It fills me with apprehension - mission accomplished sir. What kind of minecraft world are you making and how does this song fit into it?

Thanks very much! I’m trying to make an adventure map of the NES game Dragon Warrior. I recreated the world map using WorldPainter, then I built all of the castles, towns, caves, and dungeons. I made a texture pack that re-skins all of the mobs as Dragon Warrior-ish looking monsters. And I set up a bunch of command blocks to run things like buying things from stores and talking to NPCs. The music will be used at various places on the map and it’ll be kicked off by command blocks. At least as long as I can finish it before my world file starts corrupting, fingers crossed.

Well, the good news is they fixed the glitch where the world corrupts if you put a double chest across the border of 2 chunks so they’re working on it… slowly. lol

That’s awesome though, sounds like an incredible passion project. I’d love to see it when you finish.