Which are your Favorite Orchestral Percussion VST Sample Libraries? 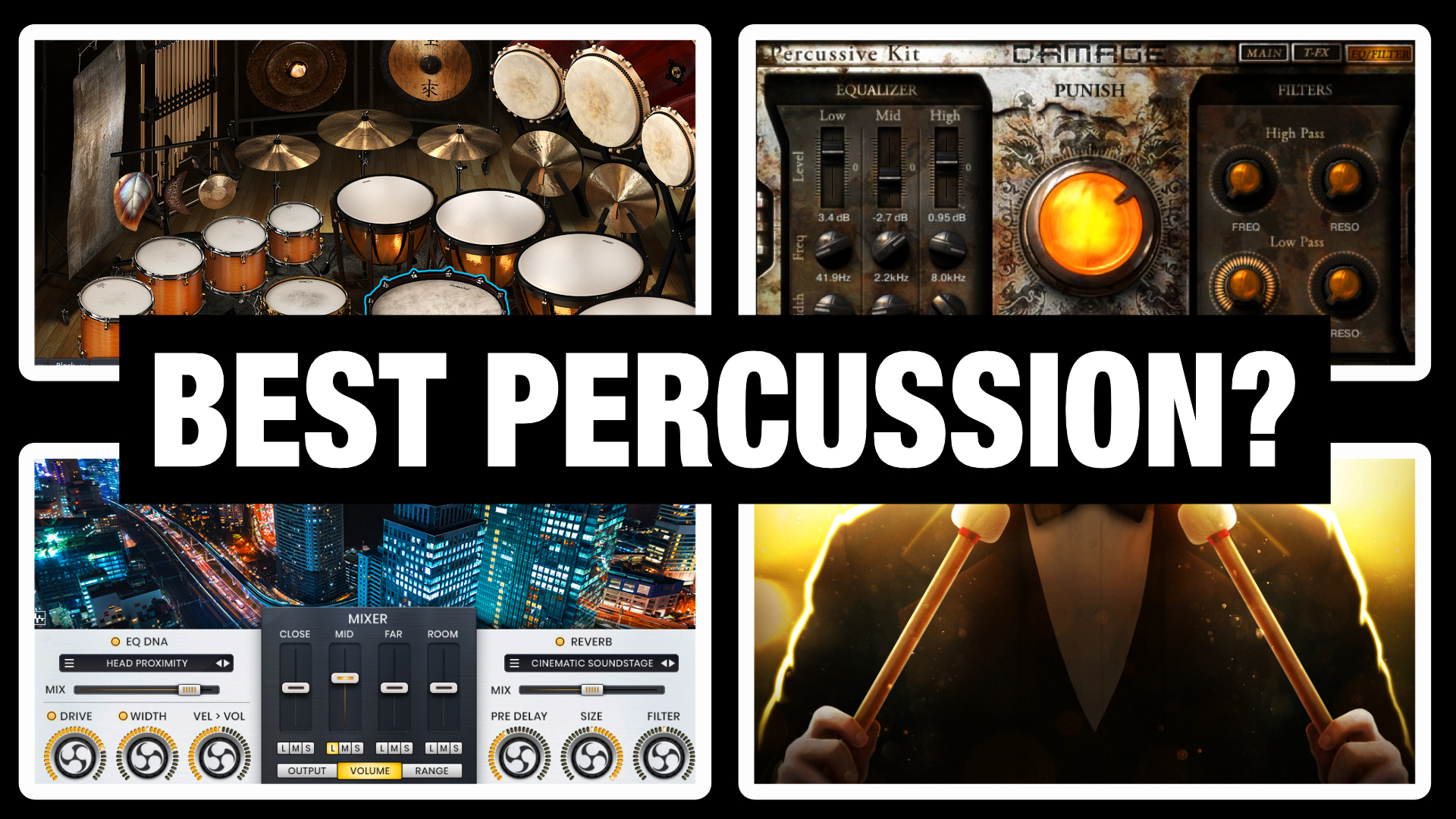 Ah you were the one commenting about gravitating towards hybrid/processed percussion?

Somehow Damage always finds it way into a composition, am I right!?

I was indeed. Though to be completely honest, I prefer softer stuff… the market just seems to want a LOT of hybrid right now and it’s getting more and more avant gard.

I do agree. Even in pure classical pieces plastics ends up reinforcing my toms

Toms in Damage are amazing! There are a couple of libs I don’t own that I would probably have included in my top list. Strikeforce is one, HZ Percussion is another.

The best natural and complete orchestral percussion libs in my list are VSL and Percussion SDX imo.

I would have thought action strikes was the most natural from the video. Why do you prefer those for being natural? I’m intrigued!

Those are the only ones that have the complete “natural” orchestral percussion included. And since they are not processed, but actually having the full dynamics remaining, and are SOOOO well balanced (almost in a similar way as BBCSO)…using them means it blends so well into your mix without any effort.

Action Strikes is nice, somewhat natural, more “focused” dry sound…not the same amount of dynamic layers and round robins though which for me is HUGE for percussion

Also, VSL and SDX includes so much more than single hits. Great rolls, swells, side and stick hits etc.

Interesting take. I haven’t looked into the REs of the instrument, or the dynamic layers. Most libraries have around 2/3 RRs. Unless our spitfire who tend to include 6 for no good reason

I beg to differ Geoff, imho for percussion you need way more dynamic layers compared to sustained sounds to get real natural sound. The same for piano (which is in fact a percussion instrument). I think Embertone’s Model D has 32 layers of velocity!

Basically the more percussive a sound is, the more dynamic layers I want. Absolute minimum for me is 5 velocity layers for “natural” percussion sounds or short strings.

PS. In the actual real world, which is analog by nature, you have UNLIMITED amounts of dynamics…all the way from ppp to fff!

Don’t know if I’m over-sensitive or something, but I have a big issue with the machine gun effect. Makes it all sound synthetic, and even in hybrid trailer scores where that can be sort of intentional, it just sounds terrible to me.

That’s why I love the Apocalypse libs, and BFD3. Plenty of layers and/or round-robins, and it makes all the difference to me.

BTW, Apocalypse may seem a bit “tame” by modern standards, but I kind of prefer it that way, as it makes them usable in more contexts. Just add compression, saturation, reverb, post-reverb compression etc to taste.

Haha we all have our pet peeves!

For example, I personally find the Spitfire route of a gazillion mic positions to be overkill. In that case, 3 is good enough for me: close, mid, far. But I know plenty of composers who loves those extra options. And I don’t dispute that they can give you more control over the sound. It’s just not often worth the extra drive space and dollars to pay for me personally.

Oh definitely, though what I’m saying is it’s not sust about the dynamic layers. It’s everything together.

So you are spot on in saying that you need that amount. But generally a library is built up I’d Dynamics, mic positions and around robins. If you have 12 instances of dynamic lays over say 3 or 4 dynamic layers then typically the room mics fill in another 2 or 3 dynamic layers as this saves ram. So now you have 12 samples for the sound, plus the 3 round robins which typically are set slightly askew the fundamental (or init sound). So you times that by 3/4 and you have the amount of dynamic layers you need.

There’s so much depth into sample libraries and I’m still learning, but there’s a million and one different ways to program an instrument. So I totally agree with you that you need that breadth of samples to make of sound unique. There’s just a ton of ways you can get around doing it.

For instance my friend made an awesome bongo patch last year. He used 4 round robins and only six dynamic layers. Which as you rightly say, isn’t enough for a percussion library. But he did a cleaver thing. He mapped a low cut to the keyboard so it gradually opened up after c-1 so that it sounded like there were infinite dynamic layers. It sounded as good as a commercial bongo library. That was a hybrid approach that really worked. That may not have worked on a library that had more than one sound on the patch, but it worked really well in that instance haha.

I agree Geoff, and RAM and drive space is of course still an issue. I wish we could live in a world where no compromises had to be made for any software instrument!

Btw, if you are clever you can also do round robin borrowing from the half step samples above and below when it comes to short strings for example. That tiny pitch shifting is so small that the artefacts are not too apparent, and you gain so much more round robins from it by cheating!

oh if you are looking for other clever tricks, check out Omnisphere. Since they have NO dynamic layers or anything in their engine, they had to resort to tricks. Try out the stock acoustic strings patches in Omnisphere, and you’ll see the MOD-wheel is mapped to EQ boosts and filters and stuff to make the sound brighter at higher dynamics!

But regarding percussion libraries I am probably similar in mindset as @olofson, I love lots and lots of dynamic layers so I can write very natural sounding rolls, swells, and of course get great variation in sound even with teeny tiny differences in velocity values!